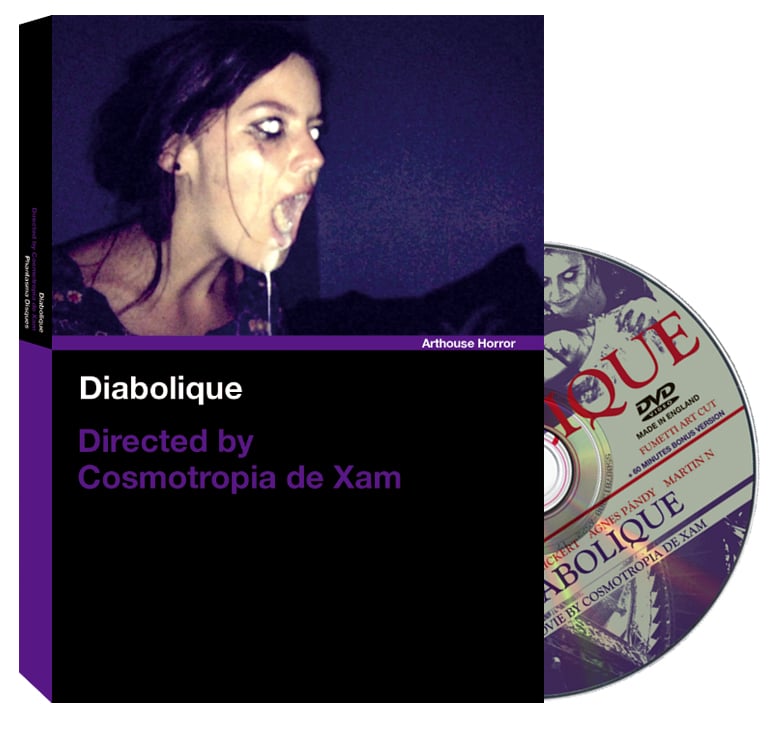 We are happy to have some premieres...

1. DIABOLIQUE will be the first narrative movie by Cosmotropia de Xam (german with english subtitles - but don't worry there is not that much narration in it, so your eyes won't be overloaded with subs)

2. DIABOLIQUE will be the first not "homemade" DVD - it's factory made on professional silkscreened DVD - your support for Hollywood Necronomicon made these thing possible.

Esmakra is a milk-like substance used by vampires to infect the human race. Causing addiction. Controlling them. The shadow of darkness is where the vampires stay. Saturated neon color lights of the big city. Soul Intoxication of a single ticket. Near the streets of the weaping houses they are looking for their next victim. A victim for spreading their anima...